Acupuncture is the use of a variety of physical techniques to stimulate the body’s own healing potential. It is a part of Traditional Chinese Medicine (TCM), a system that includes herbal medicine, therapeutic massage, and exercise (tai chi, qi gong, etc).

It uses a framework of natural metaphors and the concept of Qi (“chee”, the various expressions of energy in nature) to understand, diagnose and treat the individual. Its concepts of anatomy and physiology differ from those of Western biomedicine, and cannot be simply translated. In this system, one’s physical body, psychological state and spirit are viewed as an interrelated whole.

From the acupuncturist’s perspective, acupuncture manipulates Qi. The body’s Qi flows through channels or “meridians”, is accessible at holes or “points”, and is manipulated by needling, warming, etc, in order to help eliminate pathogenic influences and restore the harmonious functioning of the body. Even “novice” patients often find that they become increasingly aware of their Qi and acupoints as treatment progresses.

From a biomedical perspective, there are several mechanisms involved in the body’s response to acupuncture. Increasingly sophisticated analytical methods and imaging techniques offer new windows on the complex nature of the “acupuncture response”. The net effect of a given treatment depends on the combination of points chosen and the type of stimulation used – in essence, the “blend” of the different biophysical responses that can be elicited by acupuncture.

It is apparent that a variety of chemical messengers including various endorphins, enkephalin and dynorphin are released in response to acupuncture. These compounds mediate pain, and influence a variety of physiological and psychological functions.

Acupuncture’s ability to stimulate their release, though not yet completely understood, explains some of its analgesic effects.

(Note: despite its sensational media appeal, the surgical applications of acupuncture alone are limited. Currently in China, acupuncture is often combined with chemical anesthetics or analgesics. This improves pain relief and limits nausea while drastically reducing the level of chemical agents and their side effects.)

Stimulating of the acupoints over specific dorsal rami (branches of spinal nerve segments) while simultaneously stimulating the acupoints and muscle motor points along the distribution of the nerve’s associated myotome resets the balance between agonist and antagonist muscle groups.

This process can eliminate pain and weaknesses, and correct the resulting mechanical and postural imbalances caused by the stresses of overuse and trauma.

There is significant overlap of trigger points and classical acupoints. Precise local stimulation of these areas of “motor end plate pathology” (i.e. trigger points) results in deactivation and subsequent disruption of sensory and visceral effects.

Some of acupuncture’s analgesic and regulatory effects can be understood in these terms, though the mechanism of how trigger points function is not entirely clear either. It is likely that highly localised needle damage to cells results in release of anti-inflammatory and muscle-relaxing compounds.

Recent studies employing PET and f-MRI scans also reveal changes in brain activity in response to acupuncture. The “acupuncture response” involves the linking of stimulating specific acupoints with the sensory map of the body of the cerebral cortex. This process, mediated by the amygdala and hypothalamus, influences bodily and emotional functions.

Researchers are coming to view acupuncture as a valuable window through which the complex interplay of nerves, the immune and endorphin systems and emotions can be examined.

Acupoints are often areas with unusual bioelectric characteristics. Even without external electrical stimulation, acupuncture needles interact with electric fields or gradients within the body. The significance of these fields is still not well understood, but they change in response to acupuncture, altering neurological and healing responses. 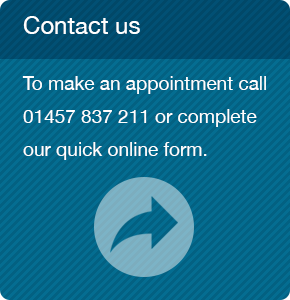 “I have known and worked with Dave Carter for many years. He is an extremely capable and professional physiotherapist. He has rehabilitated many of my patients with shoulder injuries and pain and also after shoulder surgery. He uses modern rehabilitation methods and keeps himself current. He has great expertise treating both sporting and non-athletic shoulder disorders.”
Prof. Leonard Funk – Shoulder surgeon, Wrightington Hostpital

“I can’t thank David enough for the care and treatment I received following a serious skiing accident. He helped even before I returned to the UK by sorting out specialist treatment with a leading consultant. Five months of treatment and rehabilitation followed the accident. The sheer professionalism, determination and hands on treatment, by David, played a major part in me getting back on my feet. I can not thank him enough for this. I have no hesitation in recommending.”
Mike – Company Director – Skiing accident

“After a couple of sessions of physio, the pain was easing and I started to get more lateral movement in my neck which felt more supple. I carried on with Dave Carter’s treatment for several weeks and now only need to make occasional visits. I have been more than pleased with the treatment and have been able to maintain a practically pain free lifestyle without drugs and painkillers. I can fully recommend the treatment I have received.”
Joan – Retired business woman – Neck pain